Reserve Cattle Company make history by cloning the first Wagyu born in the United States with plans to clone another genetic matriarch of the breed. For genetic opportunities, please contact us. 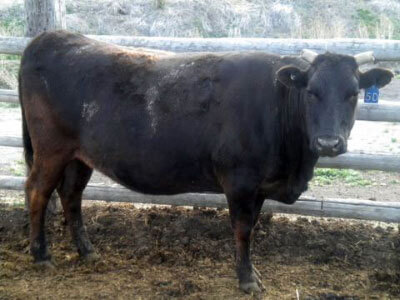 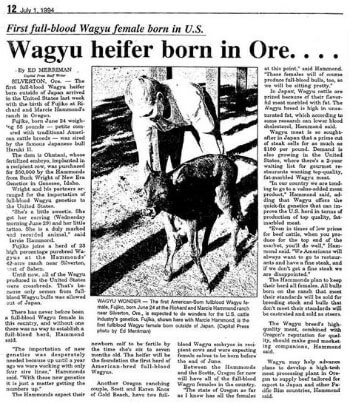 On June 24, 2012 Fujiko will have her eighteenth birthday. Seeing Fujiko is really a special treat. Not only is she alive long after most cows are not, but this extraordinary cow is in great shape, is unusually balanced, has perfect feet and legs, and a wonderful disposition. With no more information than this, experienced cattlemen would be greatly impressed with Fujiko. But there is far more to say about this rare treasure. Okutani, Fujiko’s mother, was one of three young, closely related heifers imported into the US together. These three, Suzutani, Rikitani, and Okutani, were especially valuable because they each combined both the “Doi” and “Nami” blood lines. All three descending from Shigeshigenami, doing a search of Shigeshigenami offspring that were imported, you will find only four individuals, the three heifers above and Itoshigenami. The “Nami genetics are famous for finer marbling than other strains. One thing that makes Okutani unique even in this elite group is that she alone also descends from the most famous sire Dai 7 Itozakura which seems to give her a maternal advantage over the others. Due to the tremendous value placed on the embryos from these three heifers, (the recipients carrying their embryos, cost $50,000 each) very few were able to obtain offspring from these select females. There were five daughters registered to Okutani, Fujiko is the only one still living in the US. Fujiko’s sire Haruki-2 is also extraordinary, he is thought by many to be only from the Tajima strain, careful study however shows him to be a blending of several stains, which created a truly powerful individual. When you look for balanced genetics with high levels of performance in multiple traits you can not overlook Haruki-2. Many breeders believe single trait selection generation after generation has resulted in cattle that are out of balance. In both the US and Australian evaluations, you clearly see the genetic power of Haruki-2, where in both summaries he improves both carcass traits and growth traits. In the Australian Sire Summary Haruki is a trait leader in six different traits. Among high marbling bulls that improve growth and muscling he has no equal’s period. No other bull is as complete, no bull is even close. A few astute breeders, to their credit, have begun to use Haruki-2. With the cloning of Fujiko this incredible, proven genetic 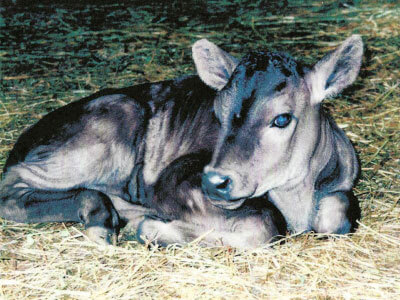 combination can be your opportunity to have something truly special.

Fujikos mother, Okutani was one of the three original import cows that came over from Japan along with Suzutani and Rikitani. Okutani was born on January 5, 1992 in Miyagi Prefecture of Japan. She was said to be the most powerful genetics of the three cows having the legendary sires of Shigeshigenami, Okushige, Kikutani, Dai 7 ltozakura. Okushige was number 1 for BMS in Japan in 1990. Two full brothers of Okushige held the same honor. Kikutani and Dai 7 ltozakura are still considered two of the top 10 sires of all time in Japan. Okutani died shortly after her arrival in the U.S. and very few progeny were produced.

Fujikos sire Haruki 2 was born on April 24, 1992 in Yamanashi Prefecture of Japan, Haruki 2 was chosen among Michifuku to be imported in 1993 along with Okutani, Suzutani and Rikitani. Haruki 2 leads 200, 400, 600 day weights and mature cow size in EMA and IMF. Haruki 2 is truly one of the superior sires of the breed and was the perfect combination for Okutani to produce Fujiko along with her two outstanding full brothers Genjiro and Beijiro. 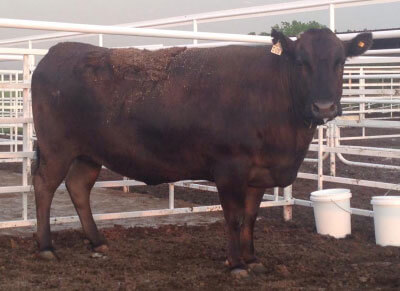 Here we have SPB Akiko 5 AO10 FB#9499 who is arguably, along with Fujiko, the rarest Wagyu outside of Japan. She is a Daughter of in many opinions the greatest cow that ever left Japan, Suzutani. She is Sired by Michifuku one of the most influential Sires in the U.S. and Australia. She is Full sister to Sanjirou and Half sister to Shigeshigetani the two most utilized bulls in the U.S.

Granddaughters of Suzutani routinely sell for over $10,000, we are so impressed with this Suzutani daughter she is being cloned. 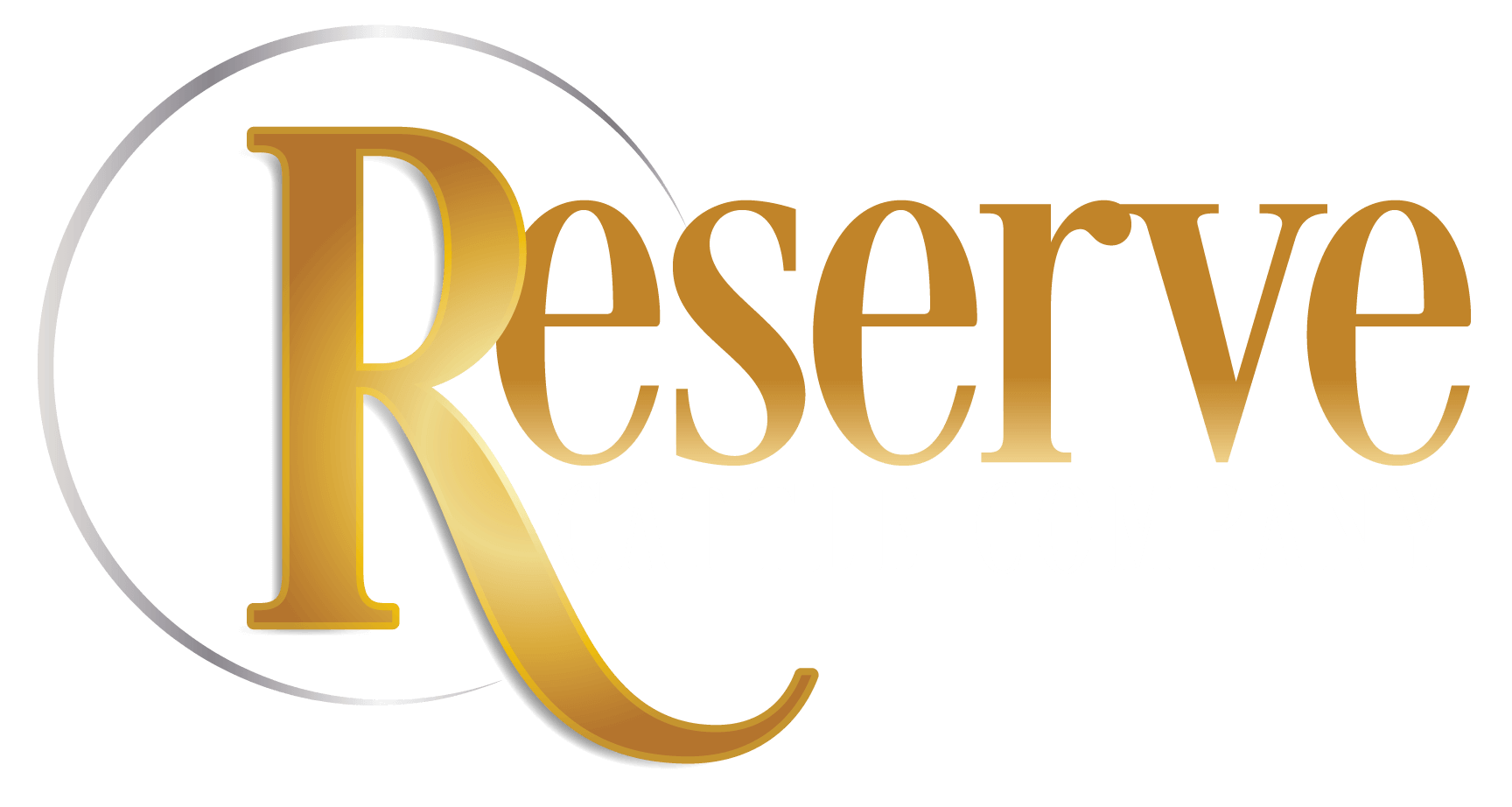